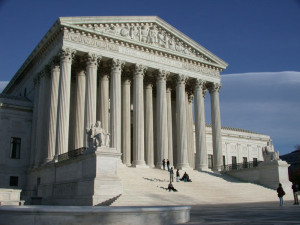 Before the end of June – and possibly the end of this week – the U.S. Supreme Court will rule on King v. Burwell, a case that will impact the affordability of health insurance plans under the Affordable Care Act (ACA).

The case is based on the ambiguity of the wording within the ACA and whether the IRS’s interpretation of those words as allowing for tax credits in state-based exchanges is legal.

If the Supreme Court rules that the IRS is justified in their reasoning, then tax credits will remain available to enrollees regardless of where they live, helping millions of Americans – and about 56,000 Nebraskans – afford their health coverage. But, if the Court rules tax credits are not available in states that don’t have a state-based exchange (like Nebraska), a key component of the ACA would be eliminated in many states. Ruling that tax credits are unavailable in these states would take away the assistance that make health insurance coverage affordable for around 9.3 million Americans.

Nebraska would be hit hard by such a ruling. Last year, nearly 7 in 10 people who enrolled through the Marketplace (healthcare.gov) selected a plan that cost $100 or less per month after factoring in tax credits. Nearly 9 in 10 Nebraskans who purchased coverage through the Marketplace received some tax credits to make their plan more affordable. Without tax credits, these enrollees may find that their insurance plan is now unaffordable.

One Nebraskan, Lisa Good, tells her story about why the ACA’s tax credits are so important.  Lisa, who lives in Lincoln, lost her job when she was 50. She had to spend six years without health insurance when her new job paid significantly less than the one she lost. Thanks to the ACA, Lisa was able to get health insurance through a plan costing just $33 per month after tax credits and no longer fears bankruptcy due to health issues.

“I was curious and called the HealthCare.gov phone number to ask some questions,” she said. “I found out I could actually afford this monthly premium that everyone had told me would be outrageous. The Affordable Care Act has made me feel like a real American—like I mattered and belonged. I’m grateful it will help keep me healthy and out of bankruptcy, should anything happen.”

This case is a prime example of why courts matter and why Americans should be aware of what the federal courts are doing. The King v. Burwell ruling has the potential to change the lives of tens of millions. For more information on Why Courts Matter go to www.courtsmatterne.org or follow us on Facebook and on Twitter at @courtsmatterne.