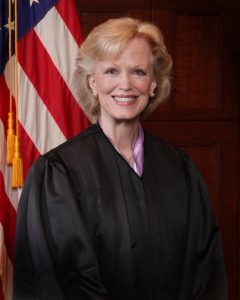 The American Bar Association has decided that Steve Grasz, the Omaha attorney, is “not qualified” for a seat on the 8th U.S. Circuit Court of Appeals.  This rating reflected, with one abstention, a unanimous vote by the standing committee from the ABA that reviews judicial nominations.

This is a notable decision because only two judicial nominees have ever received unanimous “not qualified” ratings since 1989, stated Carl Tobias, a professor at the University of Richmond School of Law who focuses on this federal judicial selection process.  He also added that this was a “very rare” decision. Tobias points out that earlier this year, the bar association gave Neil Gorsuch a unanimous rating of “well qualified” for a seat on the Supreme Court.

Tobias said that the ABA, when determining their ratings, looks at a variety of factors, such as experience, intelligence, independence, diligence, ethics and temperament.  They do not explain their ratings when they initially release them, but sometimes will testify about them. The ABA will testify on their rating of Mr. Grasz on November 15th in front of the Senate Judiciary Committee.

Both Deb Fischer and Ben Sasse, two of Nebraska’s Republican senators, recommended him for the 8th Circuit seat.  When President Donald Trump followed their recommendation and nominated him, the two senators praised the president.

In response to the ABA rating, Sen Sasse issued the following statement:

“It’s sad that the ABA would contort their ratings process to try to tarnish Steve’s professional reputation in order to drive a political agenda,” Sasse said. “In more than a decade as Chief Deputy Attorney General, whether he was litigating cases before the U.S. Supreme Court in Washington or the Nebraska Supreme Court in Lincoln, Republicans and Democrats alike knew that Steve represented Nebraska with integrity and professionalism.”

After reviewing Steve Grasz’s nomination on Wednesday, Senate Judiciary Committee members are split along party lines. The committee is not expected to vote on the nomination before November 15th, however Mr. Grasz will need a majority confirmation from the full Senate.

Out of the 45 judicial candidates that President Trump has nominated, 43 have been deemed qualified, or well-qualified, by the ABA.

You can read more about the hearings from the Lincoln Journal Star:

In August, Steve Grasz was nominated to the U.S. Court of Appeal for the 8th Circuit by President Trump. Recommended by both Sasse and Fischer, Grasz served as Nebraska’s deputy attorney general from 1991-2002. Grasz also served as legal counsel for Gov. Ricketts, general counsel for the Nebraska Republican Party, and legal counsel for Nebraskans for the Death Penalty. Ricketts, Sasse, and Fischer have all praised his experience, credentials, and integrity.

In addition, four of the most recent judicial nominees put forward by the Trump administration have cleared the Senate Judiciary Committee, but two of these nominations were closely contested. John Bush, nominated to the 6th US Circuit Court of Appeals, and Damien Schiff, nominated to the US Court of Federal Claims, both faced tough questions about blog posts they made. Bush made posts claiming that President Obama was born in Kenya and calling slavery and abortion the two greatest tragedies in our country. Schiff called Justice Kennedy a “judicial prostitute.”  Both passed through the committee with narrow 11-9 margins.

Steve Grasz will have a hearing before the judiciary committee in the U.S. Senate this week on November 1st.

Robert Rossiter Jr. is an Omaha-based attorney who was nominated by Senators Deb Fischer and Ben Sasse to replace U.S. District Judge Joseph Bataillon. Bataillon’s vacancy was announced on October 2nd, 2013 and the nomination of Rossiter was made on August 15th, 2014. After nearly one year, however, a judicial vacancy remains in Nebraska’s District Court. Rossiter graduated from Creighton Law in Nebraska with honors in 1981. He has been listed in Best Lawyers in America since 1995 in the areas of labor and employment law. Rossiter has also been chair of the Federal Practice Committee for the district of Nebraska and also served as chair for the House of Delegates for the Nebraska Bar Association. Rossiter is currently an adjunct employment law professor and legal writing instructor at Creighton.

When a vacancy occurs, lawyers submit their names for consideration to the judicial nominating commission. A public hearing is held and candidates are allowed to speak on their own behalf. The commission submits the names of at least two candidates to the Governor and voters are given the option to retain judges. If the governor does not make an appointment within 60 days of receiving the list of nominees from the judicial nominating commission, the Chief Justice of the Supreme Court makes the appointment from the list.

Here is a sample letter that can be sent to Nebraska’s current Senators, Deb Fischer and Ben Sasse, to let them know that you would like judicial vacancies filled.

The federal courts and the judges who serve in life-time seats on those courts matter to me. Our nation’s federal courts make rulings on virtually every issue that is important to me and my family. Individuals turn to the courts to protect their basic rights and liberties. We need a federal judicial branch that is fully staffed by diverse judges with a variety of personal and professional backgrounds.

As my United States senator, you are in a position of great responsibility on this issue. I am counting on you to ensure that any of us can have our day in court and have confidence in a fair hearing and a ruling based on the Constitution.

Please ensure that every vacancy on the federal courts is filled by supporting prompt consideration and a confirmation vote on the Senate floor.