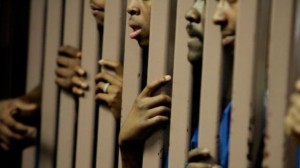 “Mass incarceration makes our country worse off, and we need to do something about it,” President Obama said after he became the first president to visit a federal prison on July 16th, 2015. Following his excursion to El Reno Correctional Institution in El Reno, Oklahoma, President Obama has decided to place prison reform as a top priority for the remainder of his term. On a federal level, the President seeks to reform prisons and sentencing – particularly for young offenders – reduce crowding, and ensure that inmates can successfully rejoin society after release.

In Nebraska, State Senators have already begun discussing these reforms for local correctional facilities. Reforms include the reduction of sentences for nonviolent offenders, limiting circumstances for former inmates to reveal their incarceration when applying for jobs, decreasing the use of solitary confinement, and increasing the use of programs for inmates (such as drug treatment, job training, and education) to prevent them from returning to a life behind bars.

These changes will affect the entire state. A 2013 report by the RAND Corporation, a global think tank, found that for every $1 invested in prison education programs, taxpayers saved $4-$5 on average by reducing spending on incarceration, as inmates who engaged in education programs while in prison were 43 percent less likely to engage in another crime.

Decreasing the amount of people in prison over time is key to successfully carrying out these reforms. There are currently 2.2 million people who are incarcerated (on the federal, state, and local level) which is seven times higher than the total two decades ago. In Nebraska, the state prisons, on average, are currently carrying 57 percent more prisoners than they was designed to. Disturbingly, numerous other institutions are far worse off. The Lincoln Diagnostic and Evaluation Center is carrying 185 percent more prisoners than its capacity.

Overcrowding can be dangerous in prisons, as it can lead to violence. For example, the state prison in Tecumseh experienced a riot in May 2015 that left two inmates dead and caused hundreds of thousands of dollars in damage. To prevent further tragedies like these, it is clear that something needs to be done. But rather than spending millions of dollars on expanding prison space and preserving the status quo, Nebraska is opting to improve the system.

As all branches of government take on the challenge of solving the numerous problems our prisons face, it is clear that courts matter. The lives of millions will be affected by these changes. For more information on Why Courts Matter go to www.courtsmatterne.org or follow us on Facebook and on Twitter at @courtsmatterne.